From 2003 to 2019, TEDX produced and shared scientific evidence of endocrine disruption with nonprofit organizations, government agencies, and the public. Although we are no longer operating, our website resources will remain available until September, 2022.
TOP 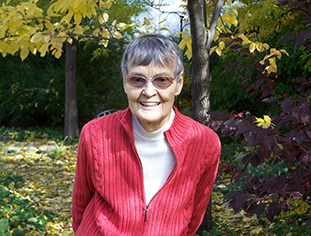 For nearly 30 years TEDX's founder Dr. Theo Colborn dedicated herself to revealing the dangers of endocrine disrupting chemicals to wildlife, humans and the environment. More recently she alerted us to the threats posed by chemicals associated with oil and gas development.

Theo’s visionary leadership and passion shone most brilliantly when she made direct connections between new ideas, scientists whose work confirmed them, impacted individuals, and people in positions to change what needed changing. She will be remembered for many generations to come, generations that she worked tirelessly to protect.

Below is a memorial of stories that people submitted to TEDX after her death on December 14, 2014.